Today we had the pleasure of running of running another great event put on by Southern Stone Event Group. The start line was in Ormond Beach! The start time was originally 9AM, but was moved up due to weather and tide conditions. I would only reccomend this race at 8AM or earlier. This was a there and back course on the beach and every half mile or so there were cops trying to take your flags. Each runner got two flags to wear on a belt. This was super challenging!  Spencer lost both to one cop right before the halfway point and Katie lost one very early and one halfway to the finish. We met so many nice people and the money raised went to the Ormond Police Department.

The downsides were the heat and water stops. It was so brutally hot at this race that we walked the majority of it. There was also only one water stop (that you visited twice) with warm water. I would like to see more water stops at any race from June through August. Hopefully next year they start this race at 7AM!

After the race, we went to the party at Beach Buckets. We got a free drink coupon and our race shirt. Since we lost our flags, we got the “I got captured” inmate shirt!  During the award ceremony, I took third in my age group and we won overall best costume! 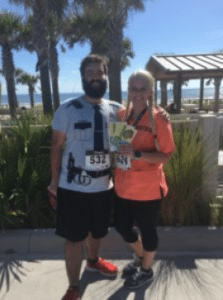 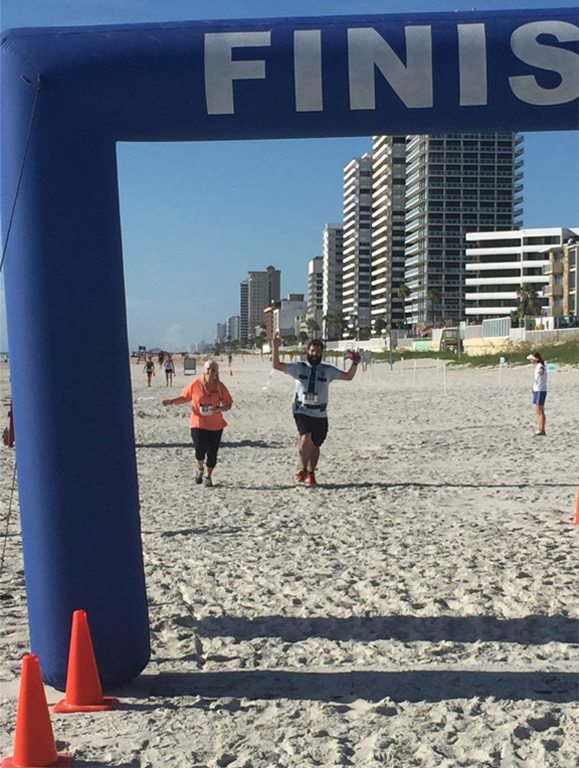 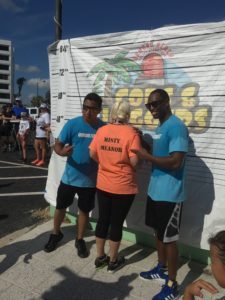