For the last Dynamic Duo costume for the Disneyland Half Marathon we settled on two of the Three Caballeros. Katie is running as Panchito Pistoles and Spencer is Jose Carioca. For the Jose costume I opted to freehand the design based on some old photos of the meet and greet character. I puffed the outlines and used fabric paint to fill it in. The design was as small as possible to allow for breathe ability. Spencer found a perfect straw hat at Party City with the black ribbon already on it.  The Panchito costume had a few additional parts. The orange underneath is a plain tech tank top with nothing done to it. I was lucky and found one with a cute rounded bottom that I think looks great! The pink bolero is a tech tshirt that I cut and stitched into a little jacket. I added a quick puff paint trim to also help seal the seams. The hat was already on a headband from Amazon. The belt holder is a “beer belt” from a Cinco De Mayo sale at Party City! 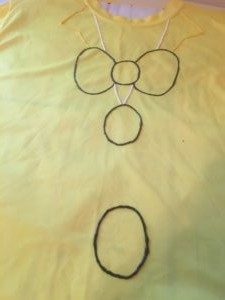 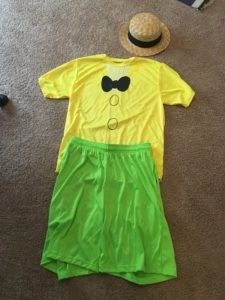 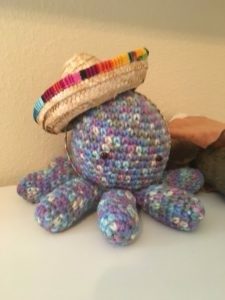 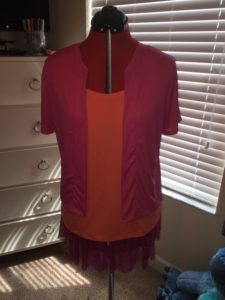 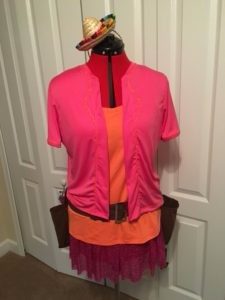