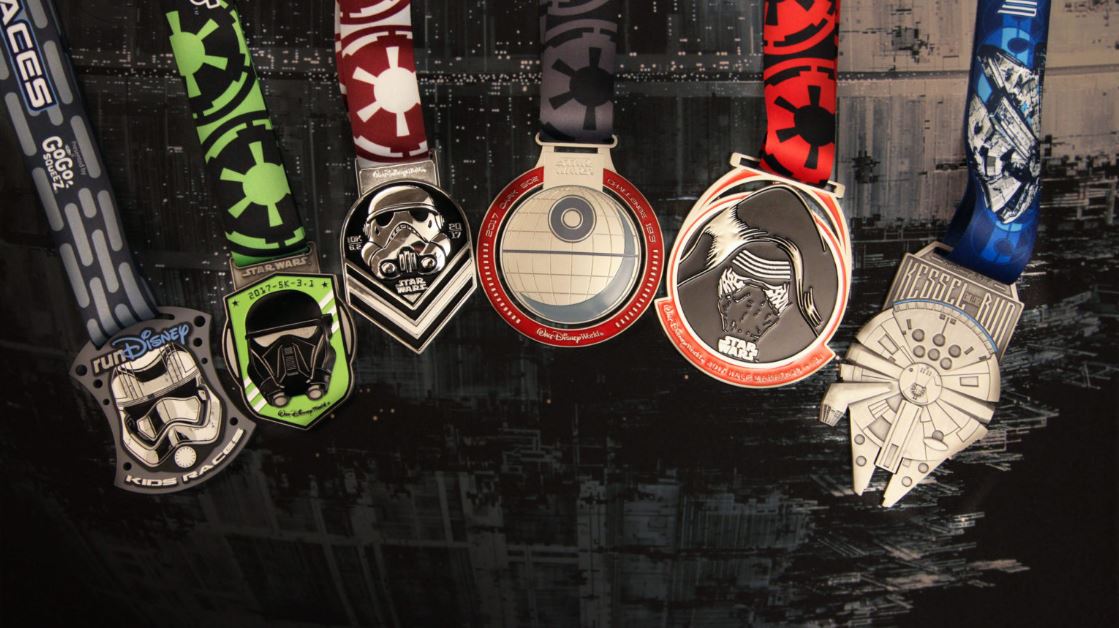 Check it out! The new medals for the 2017 Star Wars Half Marathon – The Dark Side were revealed today on StarWars.com! Several new styles have been introduced, as well as some reimagining on last year’s design. Starting with the 5k we see the brand new Death Troopers from Rogue One: A Star Wars Story on a neat neon green background. The Storm Troopers have been promoted from the 5k to the 10k medals. Kylo Ren has taken over and dominated the Half Marathon Medal taking the place of Darth Vader and Darth Sidious. The full power of the Death Star will now be recognized in a circular medal for The Dark Side Challenge! Last, but not least, the Kessel Run medal seems relatively unchanged from last year, which makes us happy since we weren’t able to run the Light Side last year! Overall, we’re very pleased and super excited to run The Dark Side Challenge!