First, it is important to note that any runDisney Expo is open to anyone!  This means even if you are not running, you can visit the Expo at Wide World of Sports and shop for great running gear!  This year, runDisney finally got the memo that it was way too crowded and split the runDisney race specific merchandise away from the Expo into it’s own floor.  This was WAY better and allowed for more room to shop and eliminated the need to a queue line to get into the small shopping area. 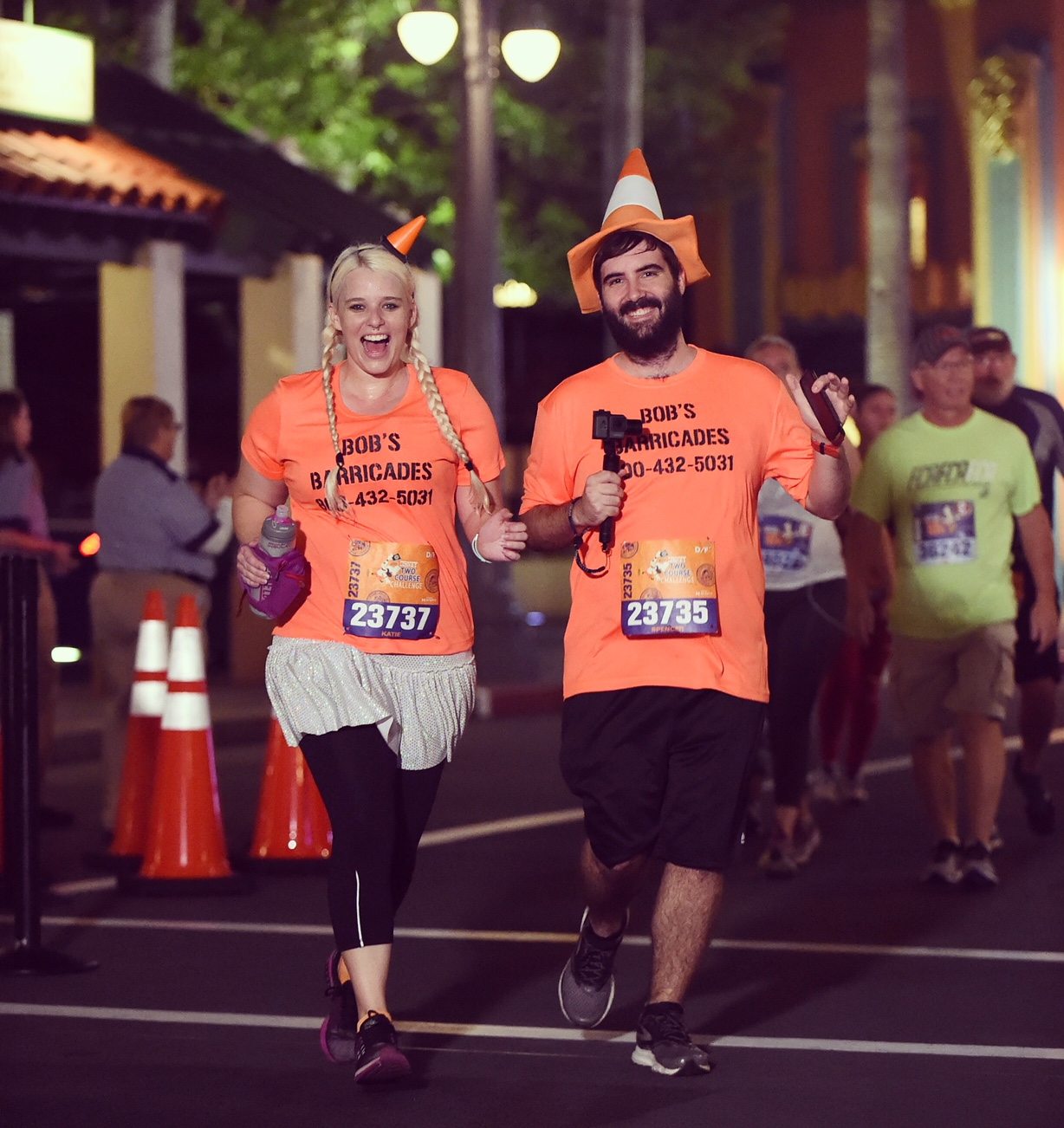 Before the race, Rudy (runDisney announcer) kept mentioning the course would be dark and to watch your footing for safety.  Wow, was this an understatement!  The course was almost pitch black the entire time.  While there were some lights positioned around the course for safety, many times the lights would blind you or cause extreme changes from light to dark in different sections.  PhotoPass lights made the course especially challenging, but at least we got some good shots!

The first half of the course was down World Drive from the Ticket and Transportation Center at Magic Kingdom heading towards Disney’s Hollywood Studios.  This was kind of dull and lackluster.  The second half of the course took place in Disney’s Hollywood Studios and then the tight walkway along the waterway into EPCOT!  While it was a short time in each park, we still love running through the parks. 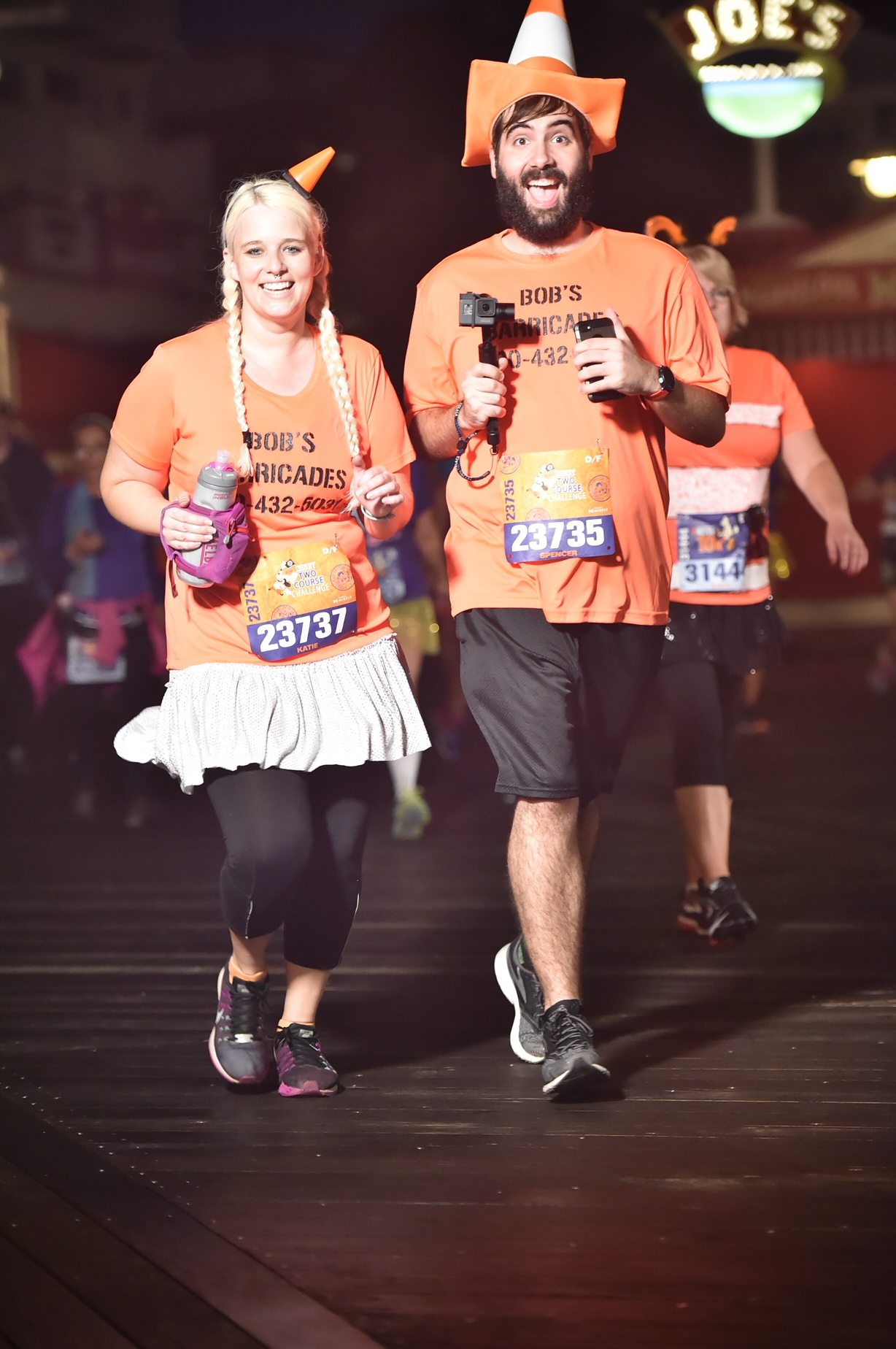 runDisney finally got the memo from runDisney France and brought out some more rare characters!  This race featured the Three Little Pigs, Kenai and Koda from Brother Bear, Oswald the Lucky Rabbit, and Tourist Genie!  The only downside was that these character experiences were all very close together, in mostly the second half of the course.  We didn’t stop this time because the lines were outrageous, but we had fun running by each of the characters! 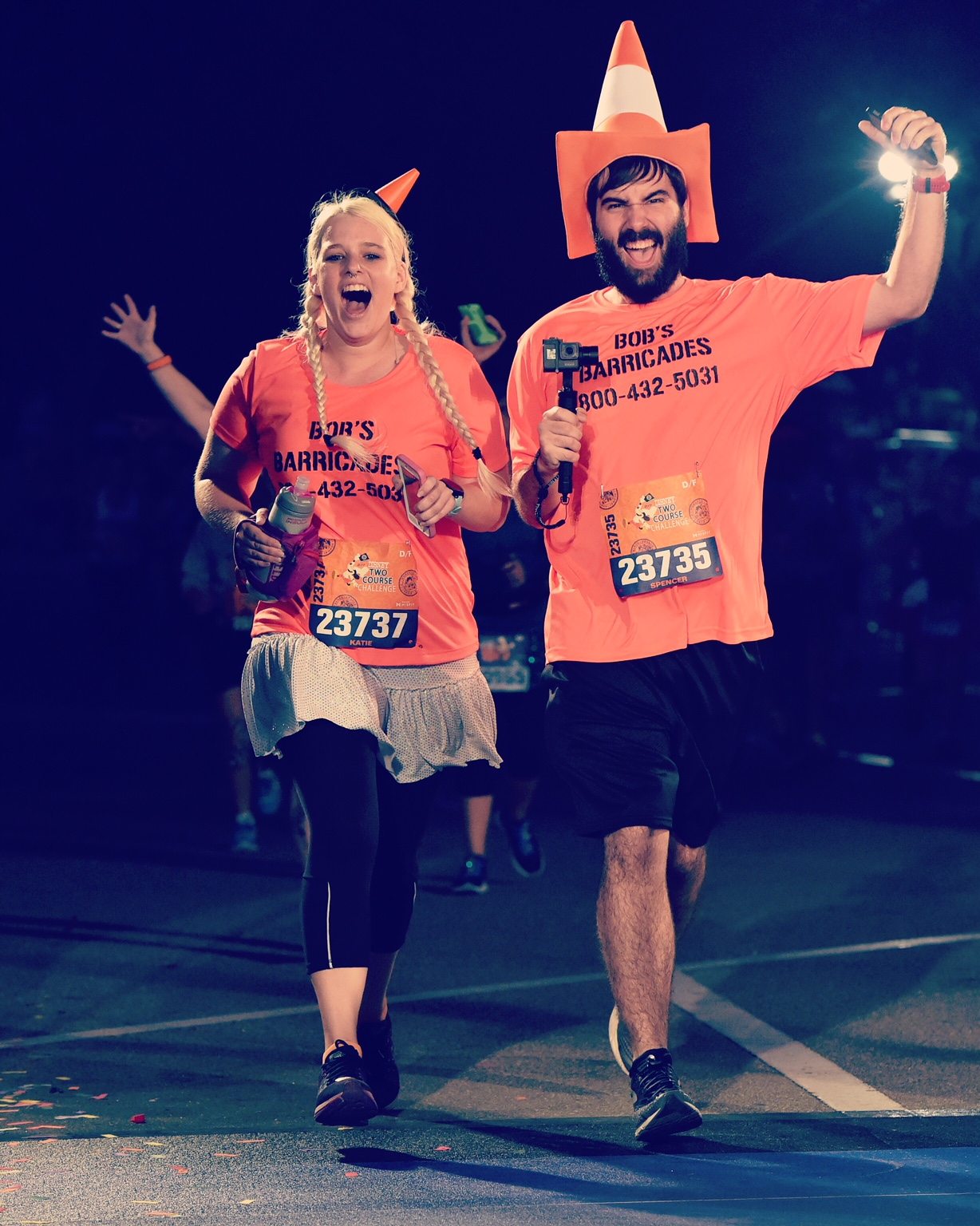 The Finish Line has to be our favorite part of any race… for obvious reasons!  We love the fanfare from runDisney and appreciate the race announcers taking the time to address everyone’s accomplishment.  For the Wine and Dine 10K, the Finish Line was well organized with loads of volunteers distributing medals and snack boxes.  The only issue seemed to be longer than normal lines for the PhotoPass Medal Photos so we opted to skip them.