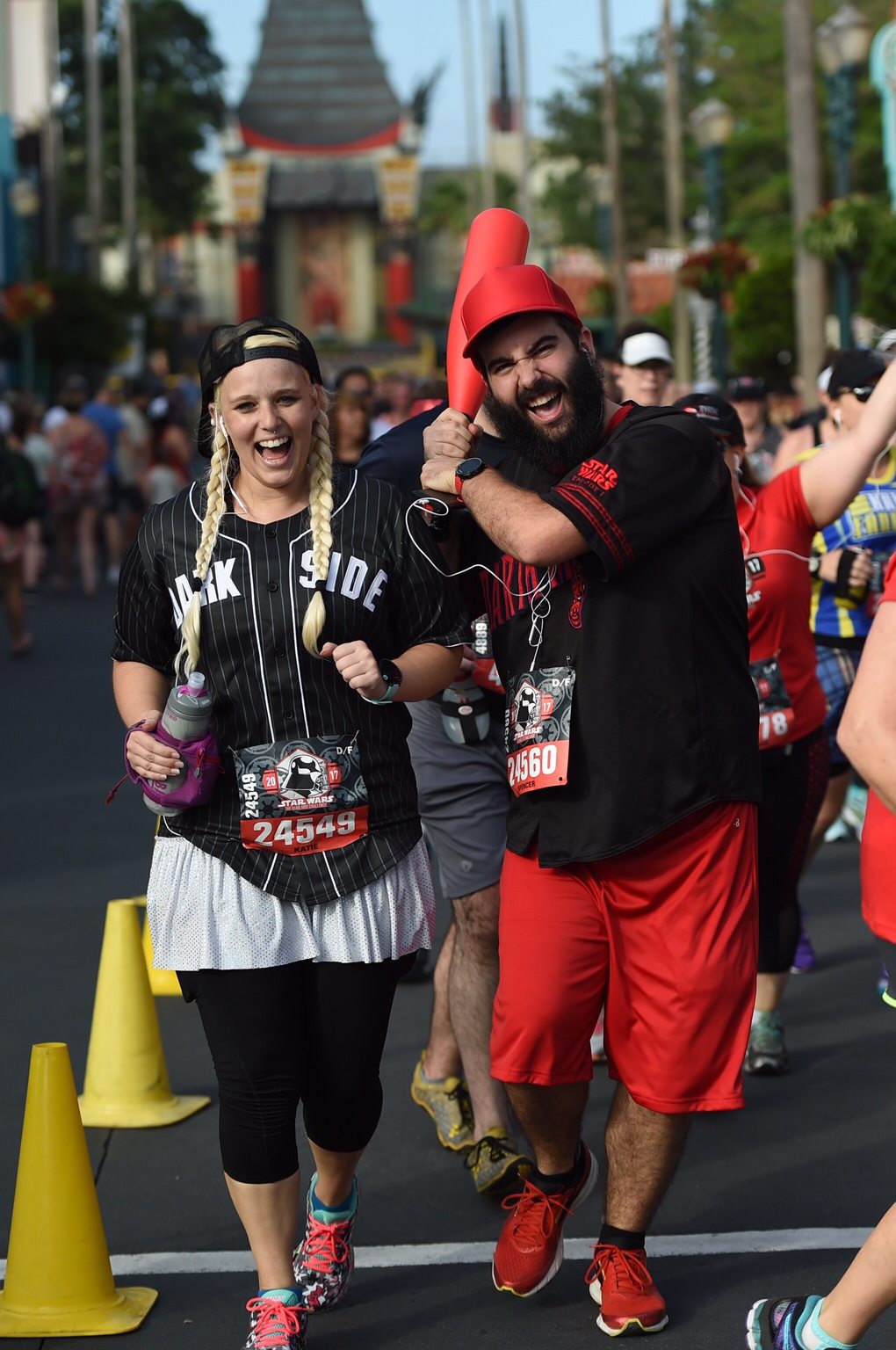 This race is very special to both of us.  The inaugural Dark Side Half Marathon was Katie’s first and Spencer loves Star Wars.  The big changes for this year were the course and the corrals.  They made no change to the character stops and only lessened the on course entertainment.  The thing that remained constant was the heat! 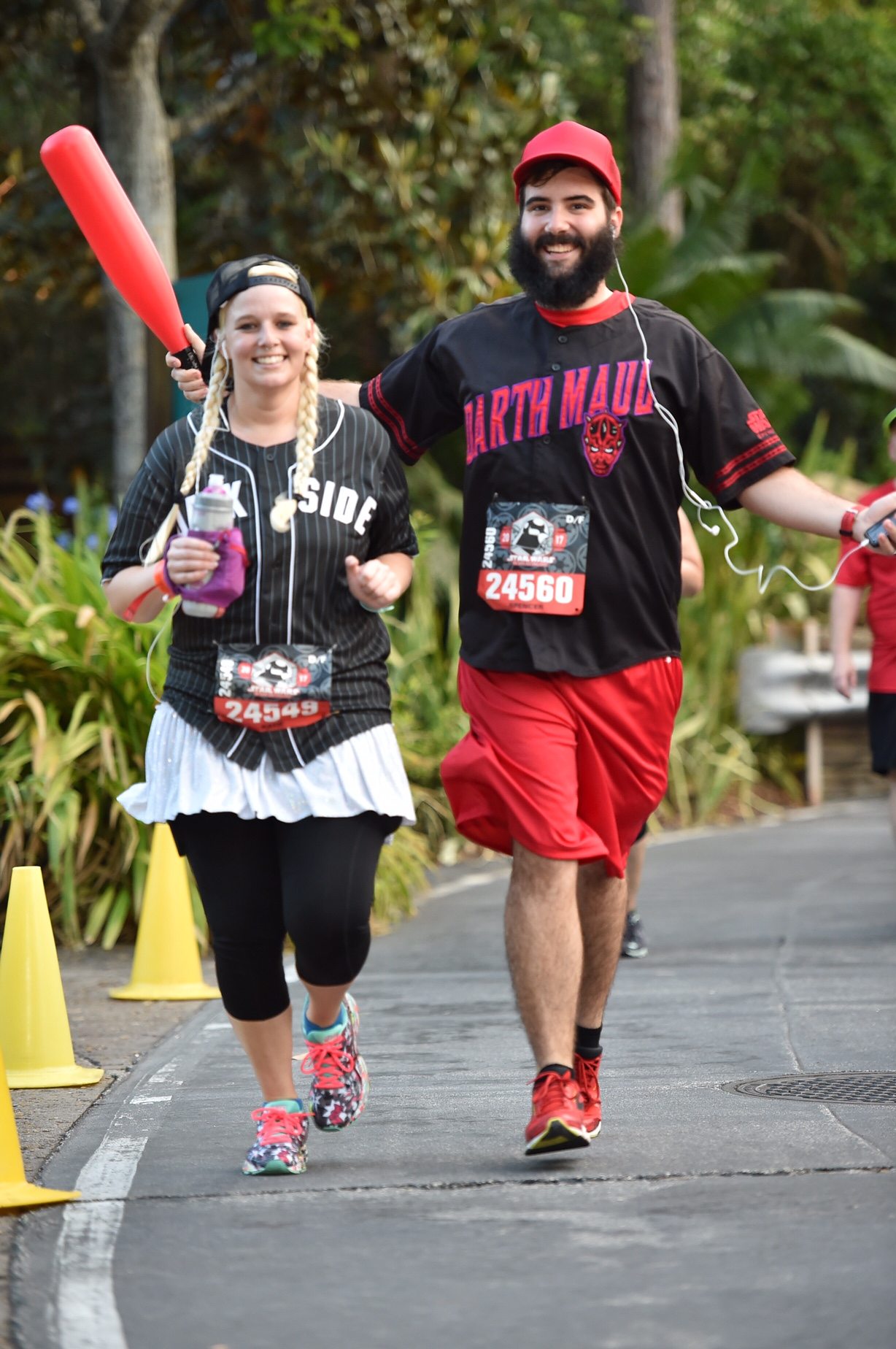 The course remained a point to point race, but the starting point changed to the Magic Kingdom Parking Lot (TTC) and ended at EPCOT.  Runners parked at EPCOT and bused over to the start line.  The course ran on roads for the first major portion of the race and then entered Animal Kingdom.  This is always a great part of the course and has nice Photo Pass opportunities.  We then traveled again on the road into Hollywood Studios and through the Boardwalk into EPCOT. 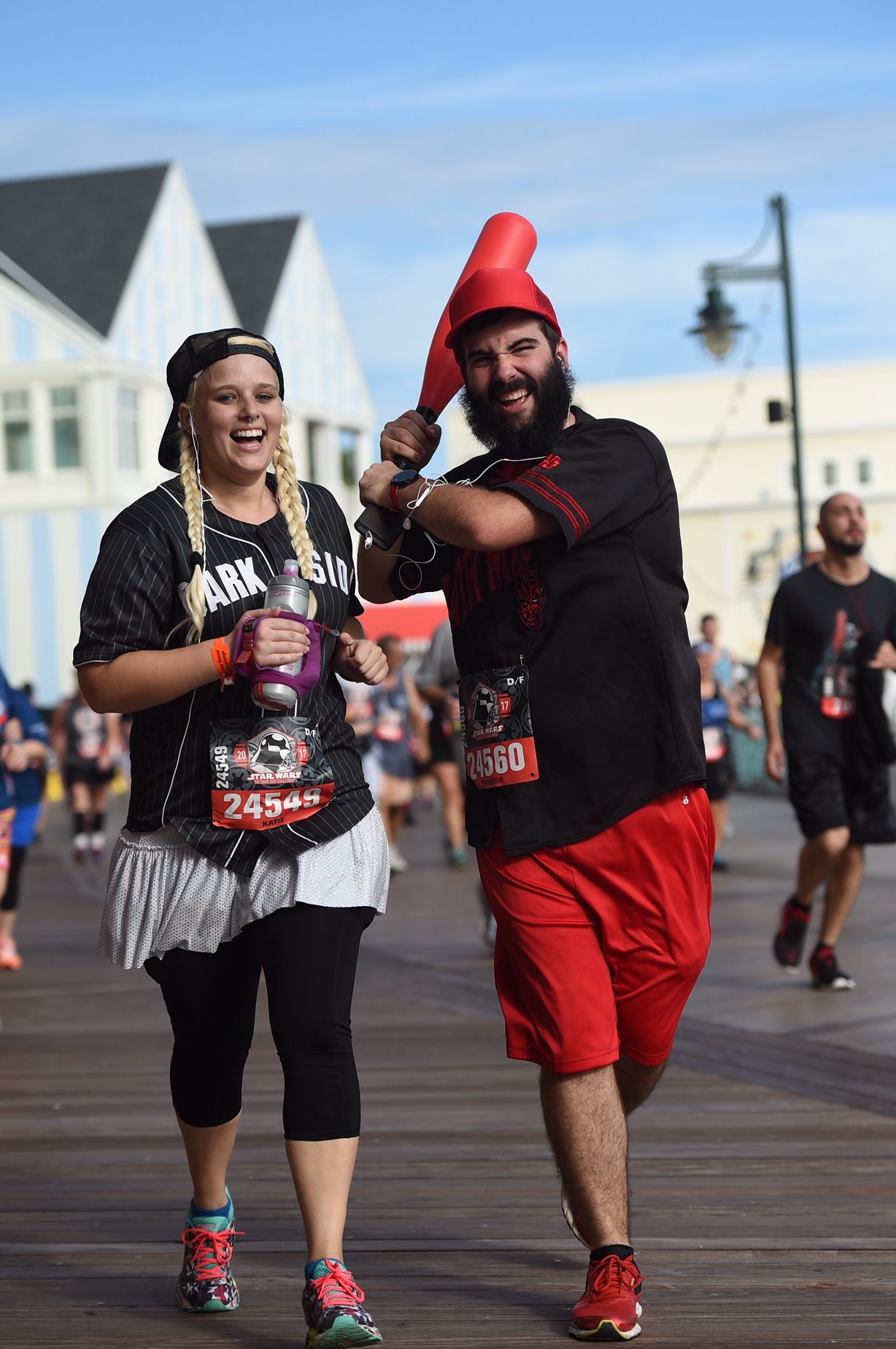 We enjoyed the course and thought it had an ample amount of in-park running.  There were some challenges like how dark the first 5K portion was.  The first water stop around Mile 2 was in total darkness and the volunteers were struggling to poor drinks.  This caused most of the runners to stop and hunt for water and cross back and forth across the path.  We hope Disney addresses this major safety issue. 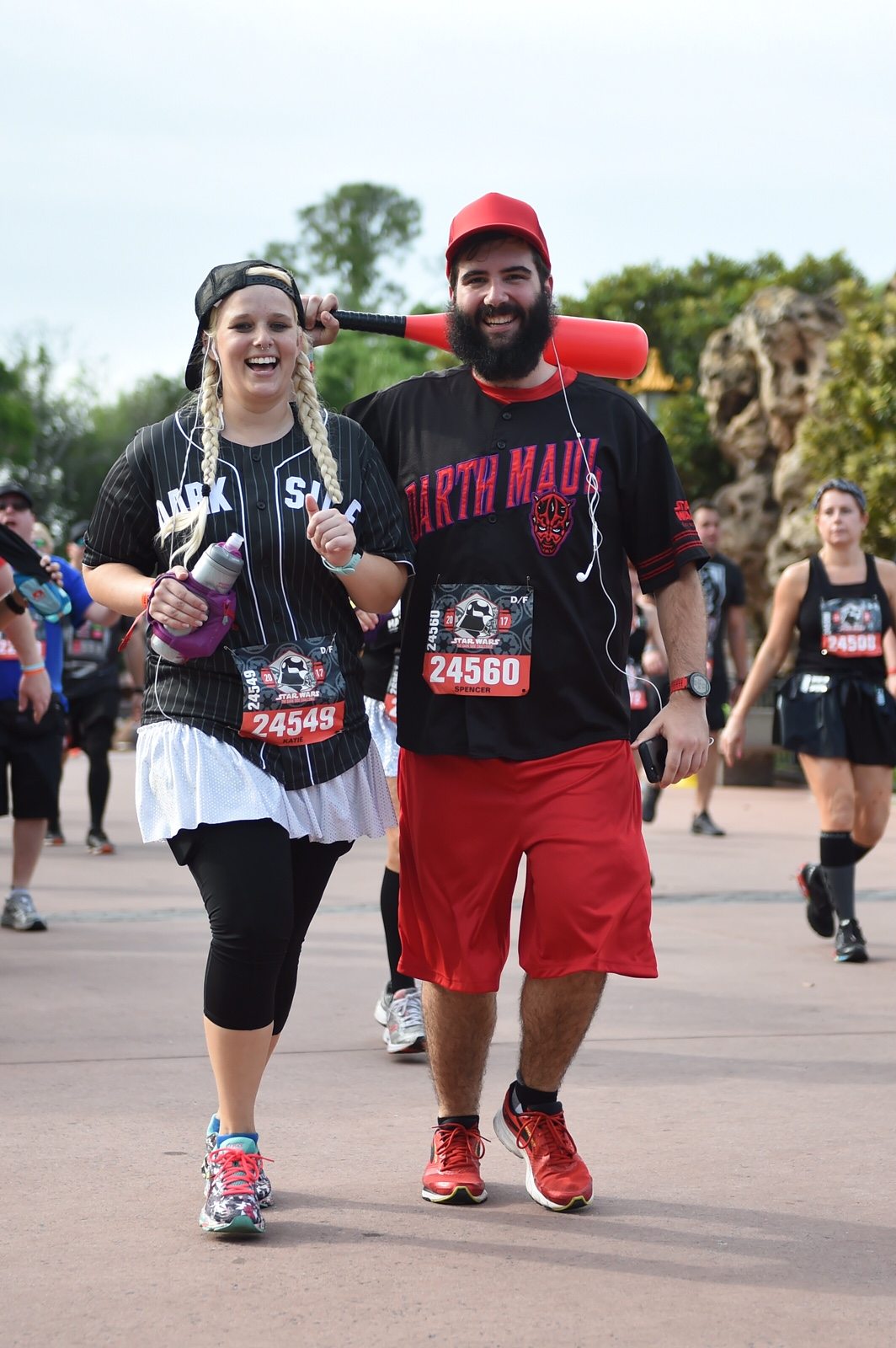 Another major change was the Corral structure.  There were only 7 Corrals, with the last 2 being saved for runners with no Proof of Time.  Because of this, the bottom two Corrals were massive with hundreds more runners than usual.  We started in Corral F and stayed near the front of the gate as usual.  We chose to wait near the left side and they opened two small gates on the right side to let all of us attempt to get through.  Each corral was then sectioned off into smaller waves, which we like the idea of.  The issue was our friend who was in the back of Corral F was two waves in front of us because of how they opened a tiny gate. 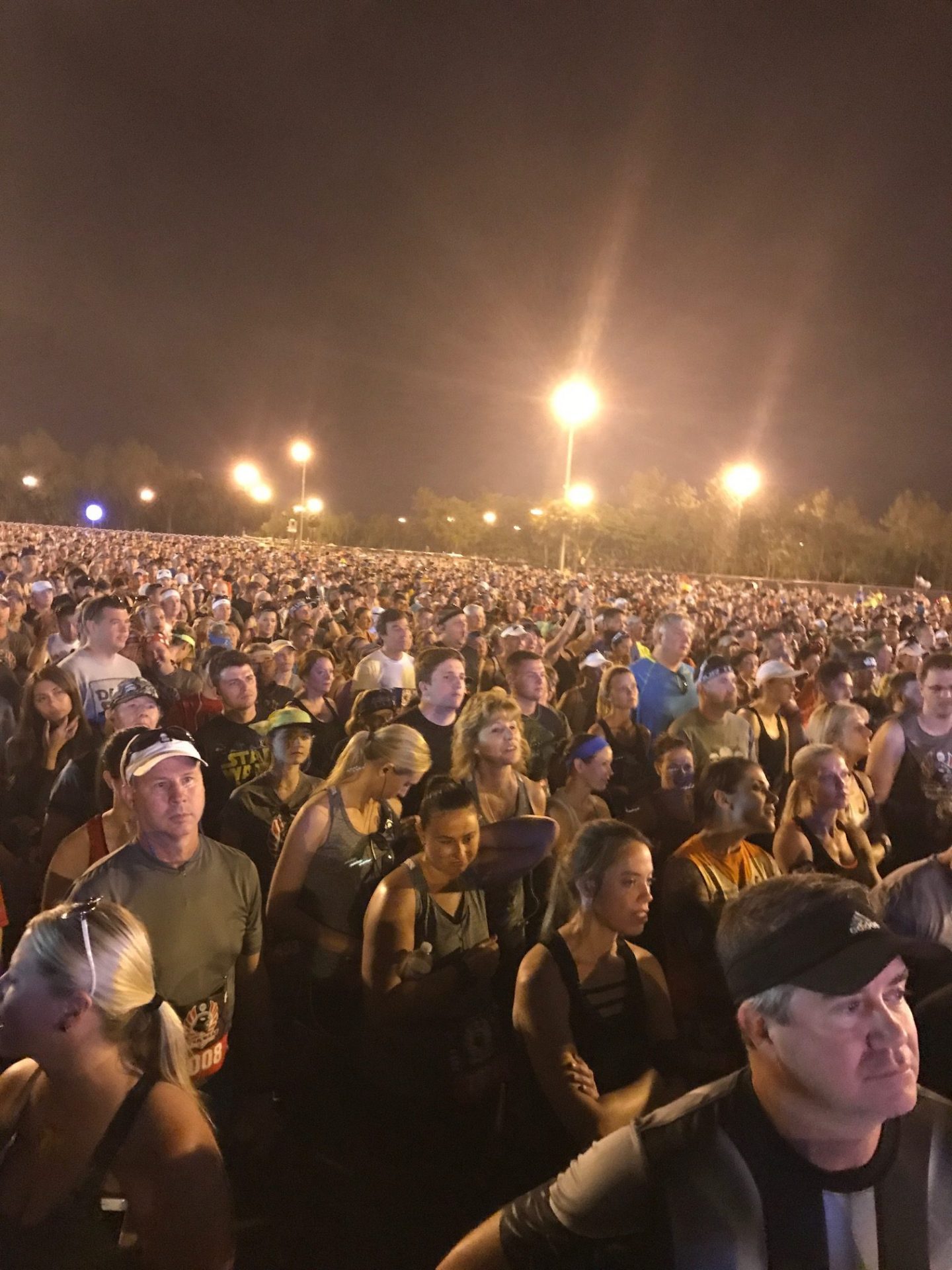 The goal of this new system was to alleviate congestion on the course.  Did it help? Absolutely not!!  First, the congestion in the Corral was stressful and hard to move in.  That set the tone for the rest of the race.  As a result, we were surrounded by people the the entire time on the course until the last half mile through Future World in EPCOT.  This meant if we wanted to run we had to weave through throngs of people and waste tons of energy to move forward a few tenths of a mile. 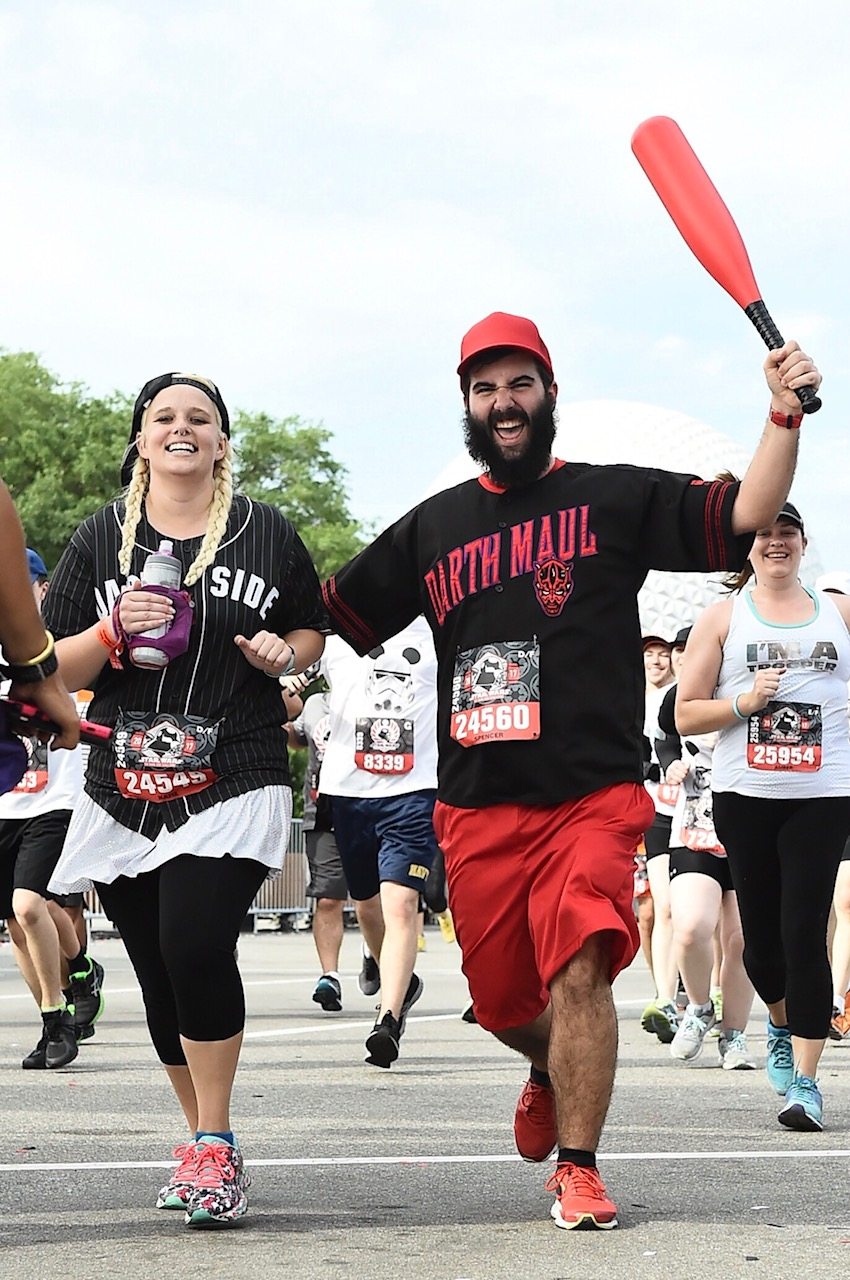 After as many Disney races as we have done, we have never felt defeated during a race.  There were portions where we gave up and walked for long distances because there was no where to go.  We are hoping that moving forward, runDisney learns from their mistakes and organizes the corrals a little better.  It looks like they are trying the same system for Tinker Bell Weekend so we will be updating you shortly on how that goes!