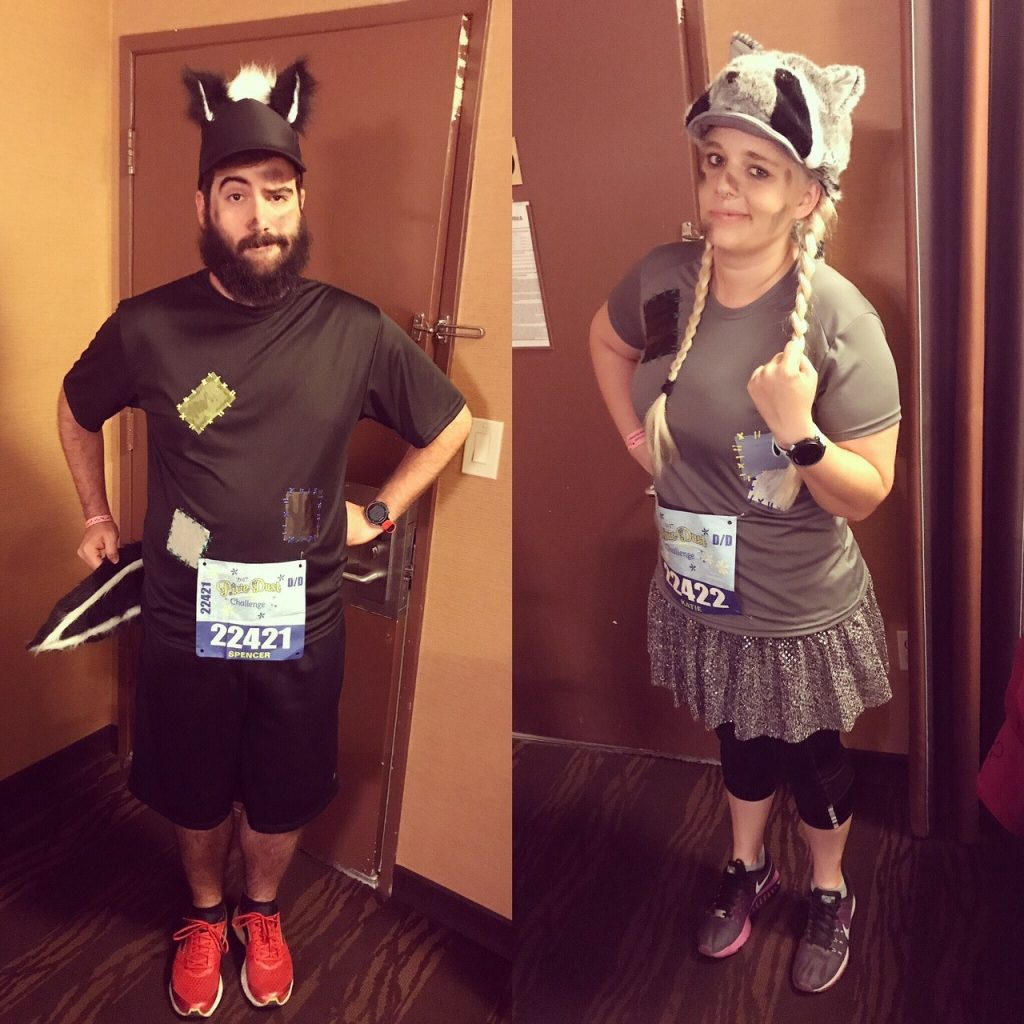 Our Lost Boys costumes were perfect for this race, since it ended up being the Lost Boys 10K!  We ran this race with Katie’s parents.  Spectators loved our costumes!  They even shipped over the Festival of Fantasy Lost Boy costumes to Disneyland for photo ops during the race! 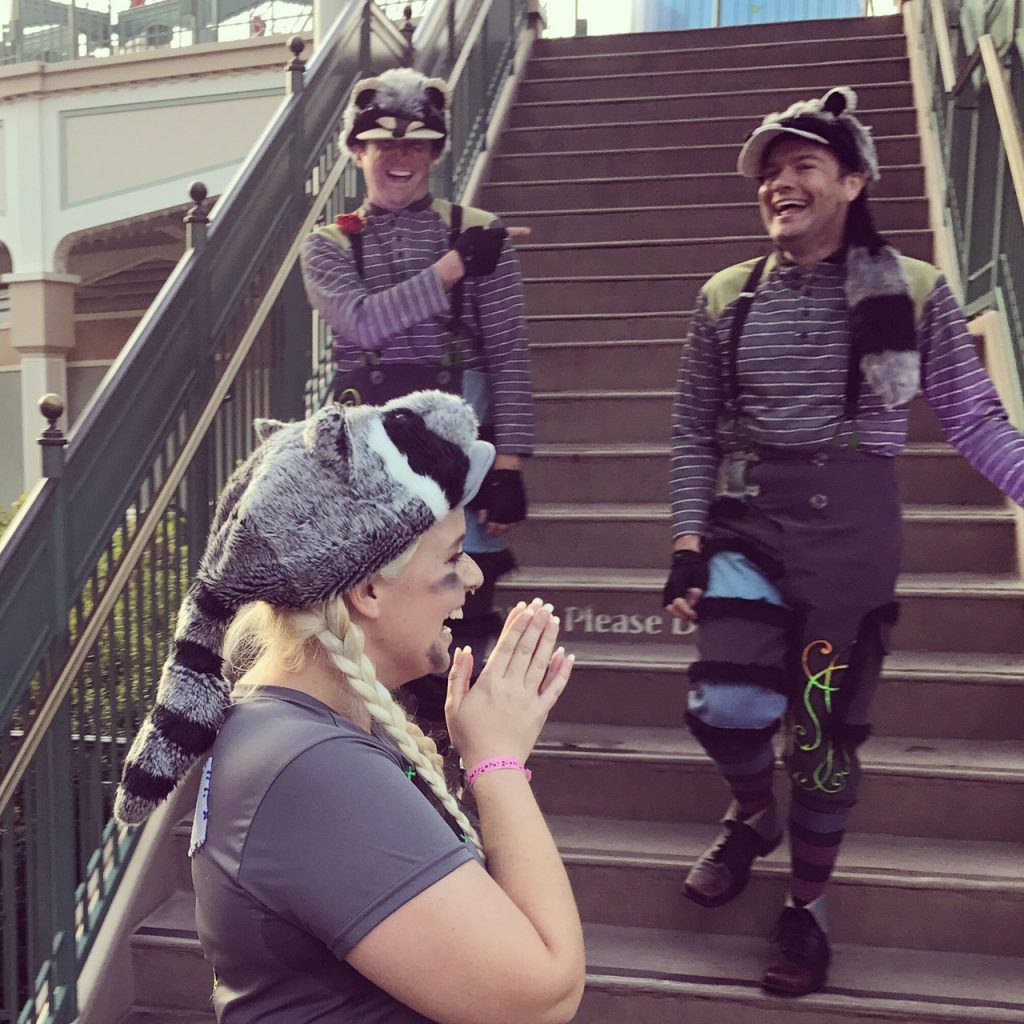 Our first challenge was getting to the race.  We typically leave our hotel room one hour prior to race start to have plenty of time to walk over, go through security, and find our corral.  The entrance for security closest to Katella Ave had hundreds of people funneled into a tiny path with two Security Guards wanding everyone.  This process took at least 20 minutes for us to go through.  After security, race staff directed us straight to our Corral and never visiting the pre-race area with the DJ. 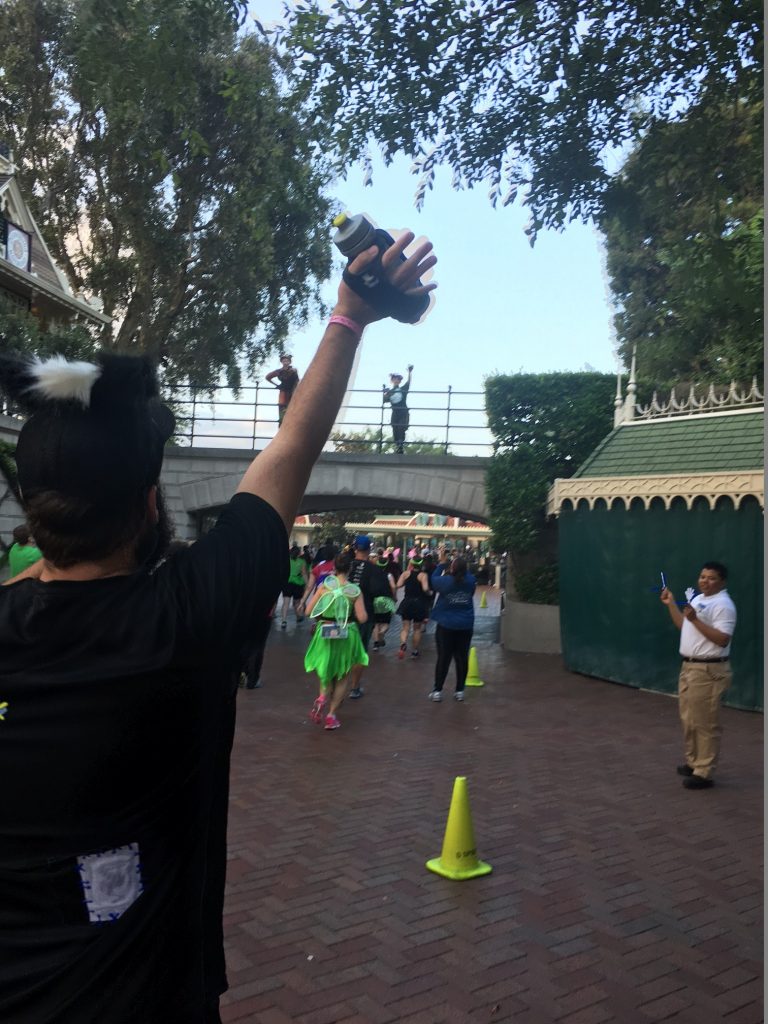 The course for the actual 10K was different than normal, but still had plenty of in-park time.  Our only complaint was that it seemed really confusing to weave in and out of the park so many times, but Katie’s parents (who had nothing to compare it to) loved the course!  Even though the 5K had no character stops, there were opportunities to take photos on the course.  Aside from the Lost Boys selfie stops, there was Pirate Donald and Chip & Dale, and Captain Hook and Smee.  Wendy and Peter Pan also made an appearance as a hybrid Selfie Stop/Character Stop. 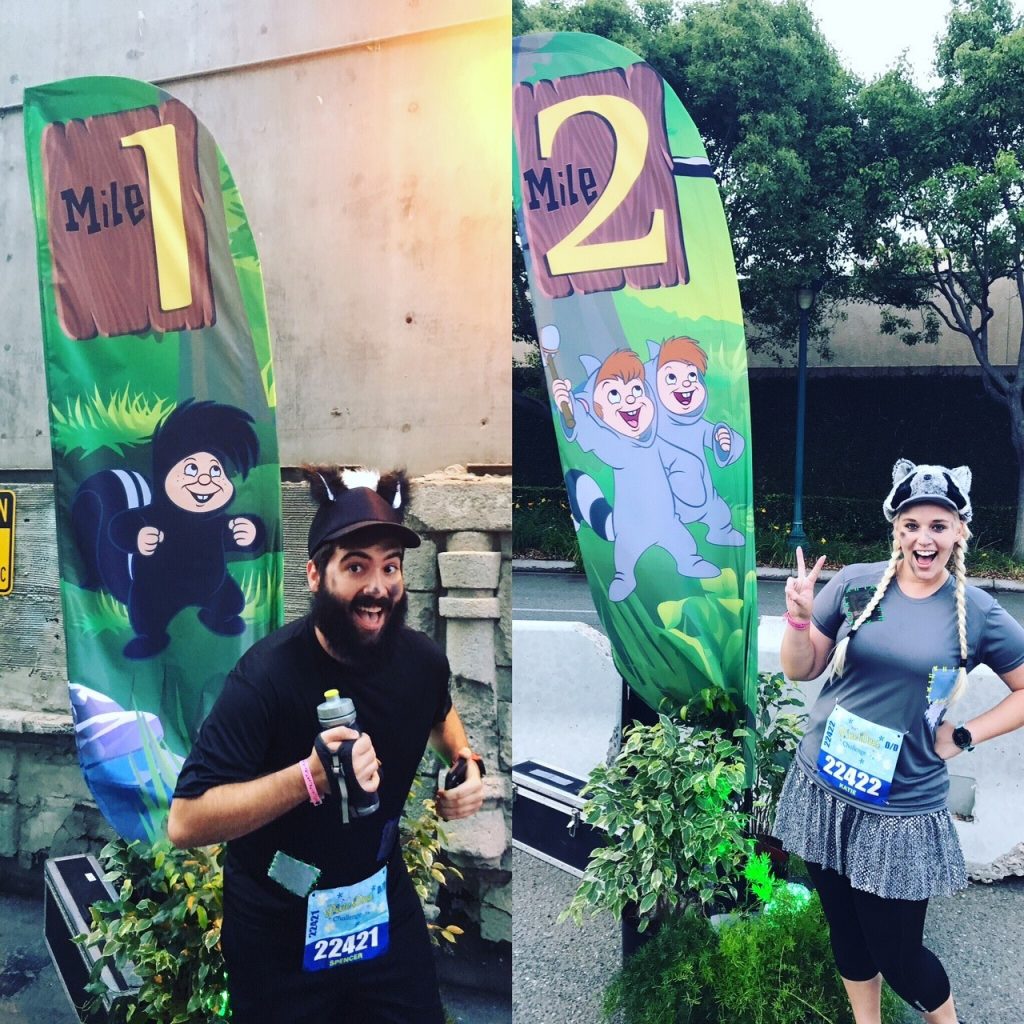 We were a little nervous going into this race that there would be challenges.  Disney recently switched from Volunteers for water stops, gear check, and the expo to Temporary Hires. They were all still extremely motivating and had water ready!  The shirt and medal were both fantastic, especially since the characters we ran as were featured!  Overall, we had a great time and are actually considering making the trek to California again for 2018. 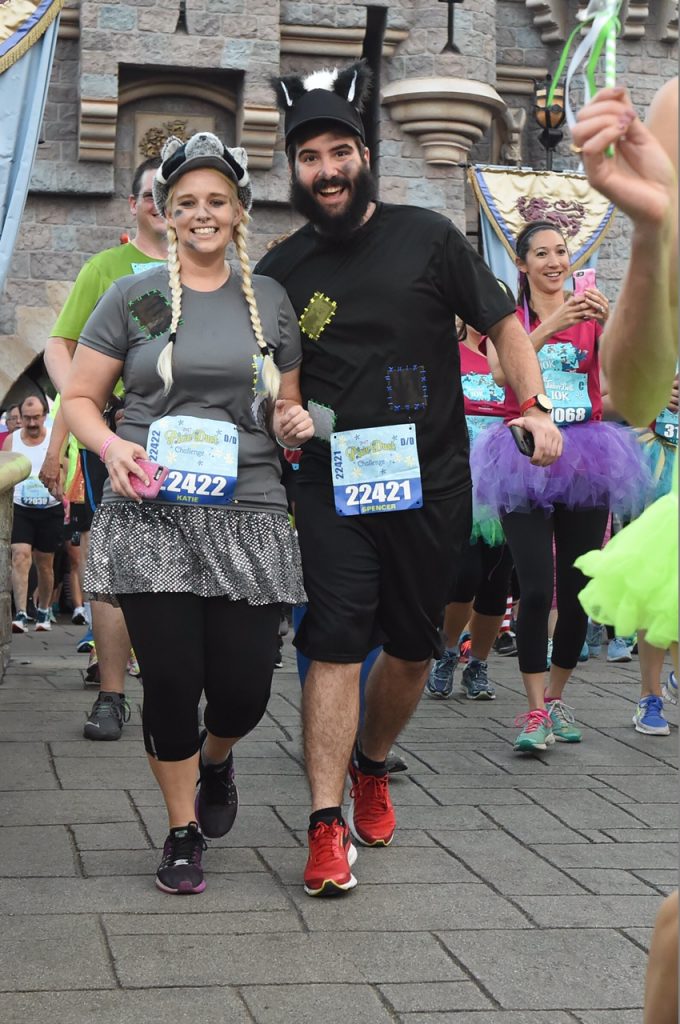